During my class on the classical Japanese language (kobun 古文) last semester, I was introduced to a well known, Heian era poem named Iroha, famous for using all characters of the Japanese syllabary exactly once2.

Attributed to Kūkai, founder of Japan’s Esoteric sect of Buddhism, the highly allusionary meaning of the poem stuck with me (also, I had to be able to recite it for my exam), and thus I wrote a short melody to help me memorize it properly. After my exam period, I spent some time getting acquainted with electronic music composition and expanded the melody into a proper song.

I begin most of my compositions by playing the piano. I tried to create somewhat of an otherworldly, esoteric feeling to the composition by constantly evolving and modulating the baseline and relying on 9th and dissonance in the melody. Once I had my base backing track done, I spread the different lines across piano, pan drum and some ambient pads, wrote a sparse drum-track using chimes, woodblocks and taiko and practically drowned the whole in reverb.

As for the vocals, the singer’s thin, airy voice works especially well for the kind of ambiance I tried to create. Especially for the second half, I used heavily distorted samples of her voice in an attempt to “derail” and build up tension in a similar way to the original poem. It also allowed me to become better acquainted with filters and techniques commonly used in electronic music.

Several authors debated a hidden message in the original Man’yō-gana version of the text, by putting together the last syllable of each line, which could be read as toka [toga] nakute shisu (咎無くて死す, ‘die without sin’). I tried to incorporate this in the song as some form of hidden message, using distorted whispers. 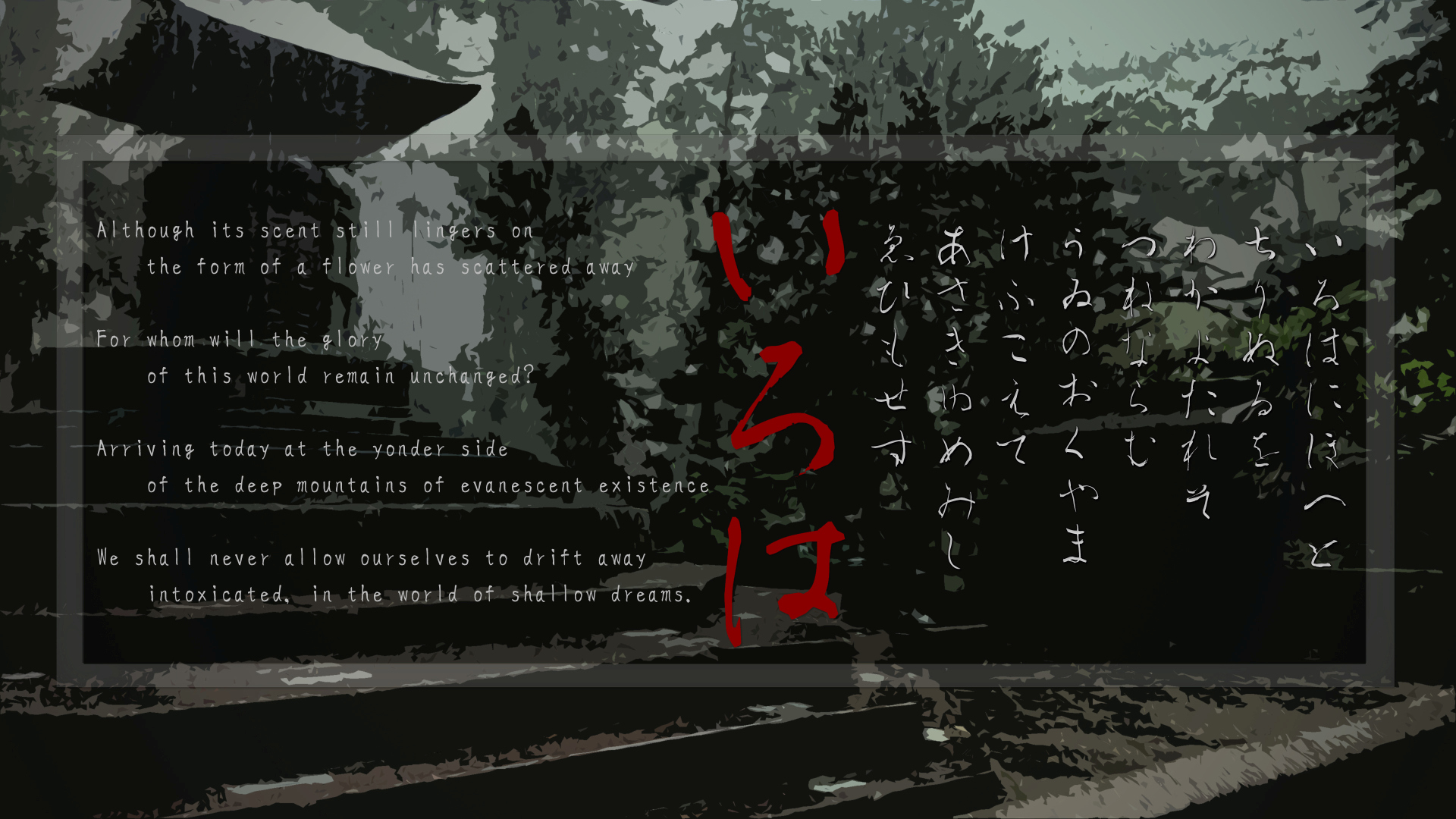 For this video I created a wallpaper using a photograph I once took at the grave of Tokugawa Ieyasu in Nikko. At the time of the picture, a typhoon rapidly approached our region and due to heavy rainfall, we were practically alone. Nonetheless, the storm’s influence on the ancient Cryptomeria forest and the bronze urn of Tokugawa Ieyasu left for a breathtaking and very humbling sight.

I did a bit of editing and used several free Japanese calligraphy fonts to display the contents of the poem. I found the English translation, by Esoteric Buddhist specialist Professor Ryūichi Abe, to be particularly poetic and fitting for the kind of atmosphere I tried to create.

That’s it for now! I’m in the process of rearranging and mixing several compositions in my spare time so I’ll be sure to post here when I have something new tangible. I’m still really new to composing music digitally, so all feedback is welcome!