After a long, stressful first semester exam-period, I spent my brief time off traveling to two completely opposite places I’ve been wanting to visit for a very long time: Iceland and the historic city of Rome, Italy, cradle to one of the most well-documented civilizations in western history. In order to recharge our batteries, we decided on this 4-day city trip and, looking back, it really did turn out to be a city that could only be described as a living, breathing open-air museum.

What follows is our brief itinerary through this charming city.

Where does one start! Rome, Italy’s capital and largest city, has been an extremely influential city for nearly three-thousand years. What is now a global city popular for it’s fashion and design was once a small village on top of a hill that through a series of fascinating military and political events became center of a vast empire and location of Catholicism’s founding.

Plenty of historical locations have been destroyed following Italy’s rise of Fascism and role in the second World War, but the historic center (Unesco World Heritage) remains as if untouched by time.

Having limited time, we spent all our time exploring the historical center of Rome and the Vatican. We spent three nights in a lovely bed & breakfast around 15 minutes away from the historical center; which was, due being located in what might might be perceived as a shabby neighborhood, extremely well priced.

We spent our first day strolling around the city’s historical center and experiencing some of the more popular destinations such as the famous Spanish Steps square and Trevi Fountain. 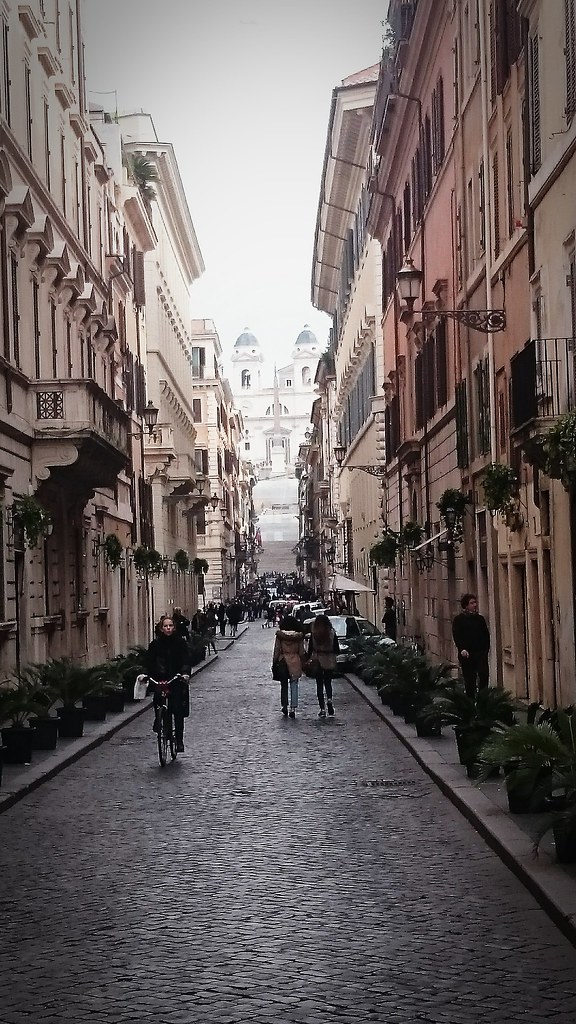 As fans of English Romanticism (including poets as Byron, Shelly and Keats we spent a bit of time in what is now a museum dedicated to Keats: the Keats-Shelley Memorial House museum. 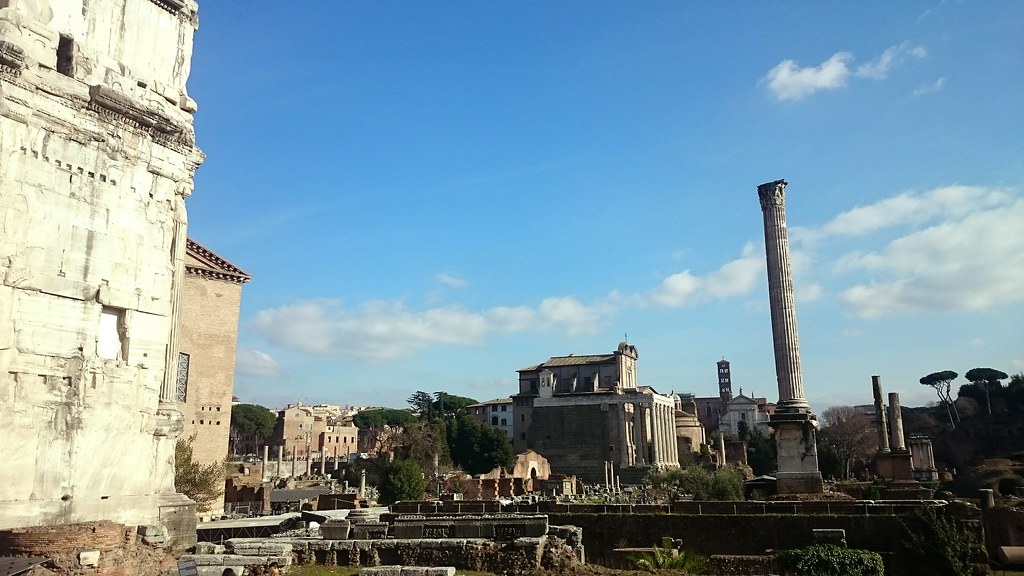 We concluded our evening having the most classic dinner one might expect of tourists in Italy: pizza and tiramissu (no regrets).

Our second day was mostly centered around Rome’s ancient Colosseum, Palatine Hill and the massive Roman Forum. Beautiful ruins rich in history made this area an unforgettable experience. 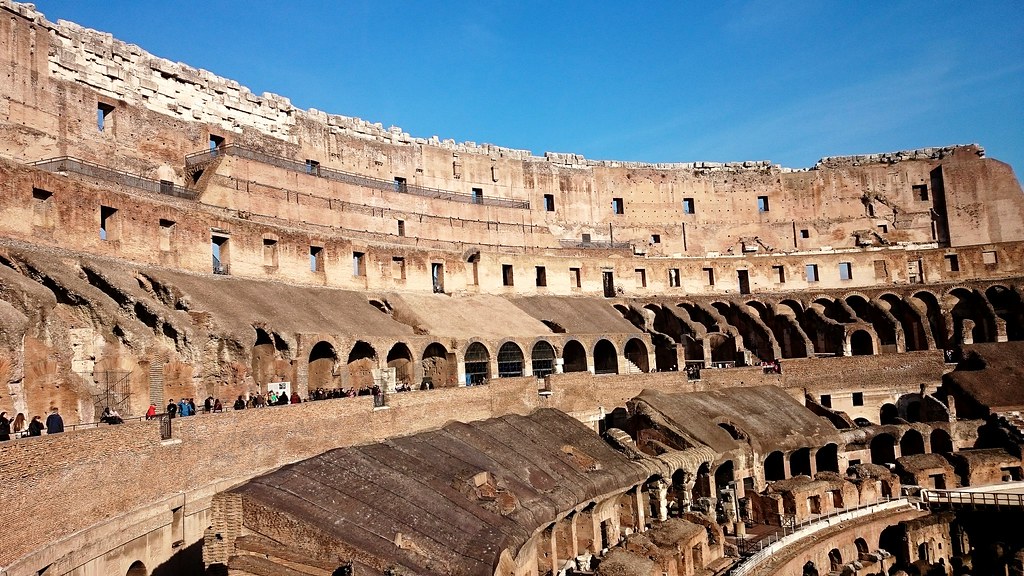 It turns out this area is popular amongst conservatory students as well. Excellent, sunny weather (in the middle of winter!) and a classical violist nearby reciting Vivaldi made for a lovely picnic~. 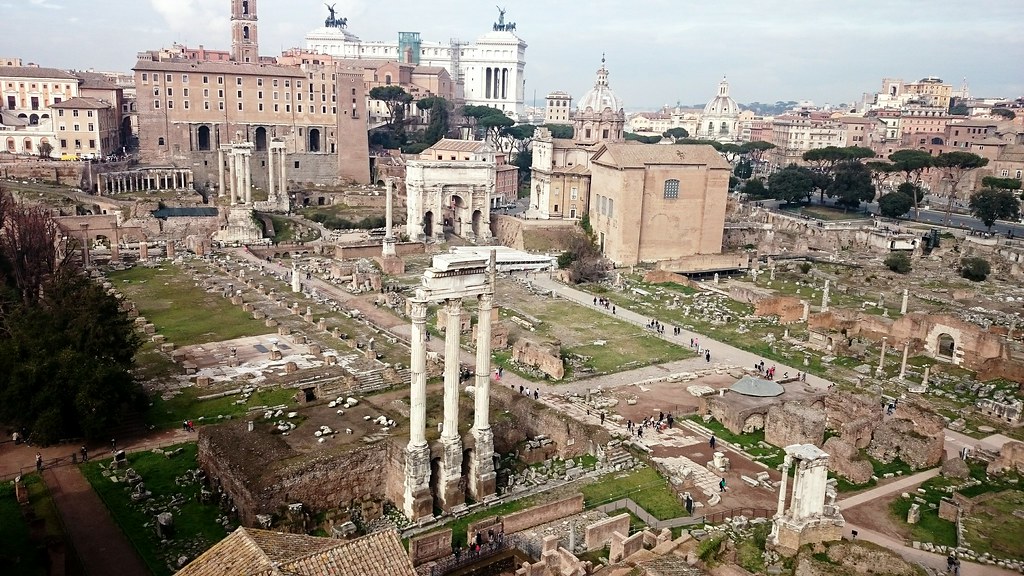 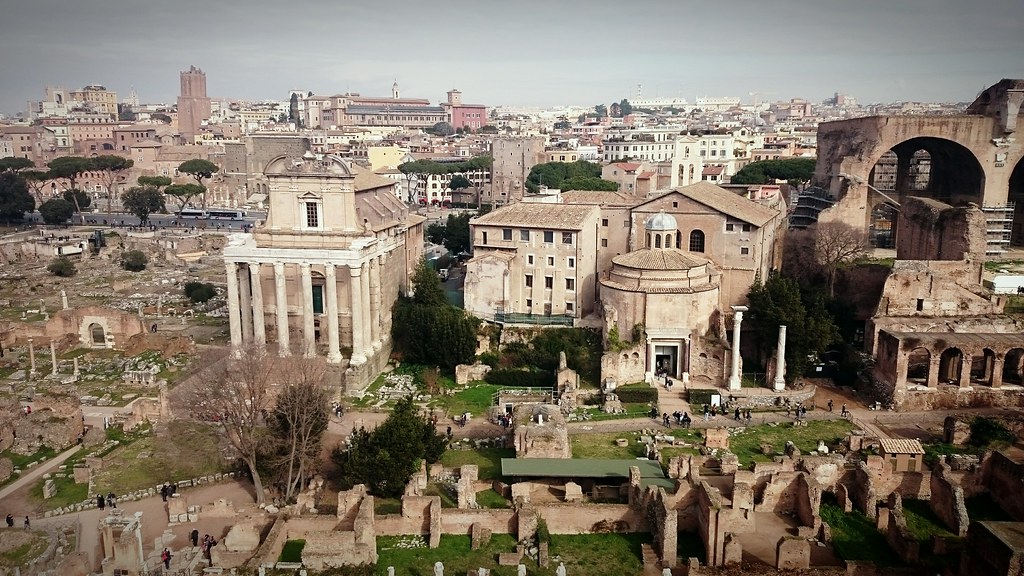 Later in the evening we visited the Pantheon, a basilica dating back to 27 BCE, and architecturally quite impressive.

Our third day was mostly focused on the Borghese Gardens (we ended up renting a rowing boat!) and its excellent art museum including works of Bernini. Turns out ordering a chocolate milk in Rome will net you a solid chocomousse-like dessert. Cultural differences! 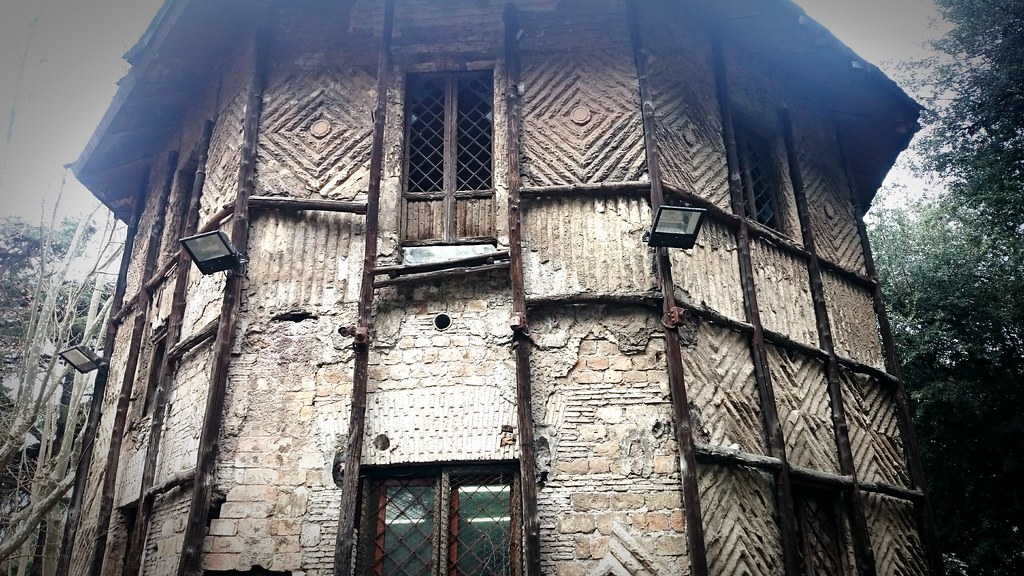 Our fourth and last day, a Sunday, was an excellent time to visit the Vatican City and gain a potential bar-bragging story by experiencing a Pope Francis speech live.

The Sistine Chapel‘s queues are legendary and despite being out of season, today was not an exception. We could’ve easily queued for 4 hours so we wisely decided on admiring St. Peter’s Basilica instead. I’m not religious, but the general atmosphere in Vatican City was quite enjoyable and reminiscent of that often felt at music festivals: a small band was performing live music while an enormous crowd, including a surprising amount of young people, lined up to see the Pope’s speech. Not speaking Italian or being religious made me feel slightly out of place however. 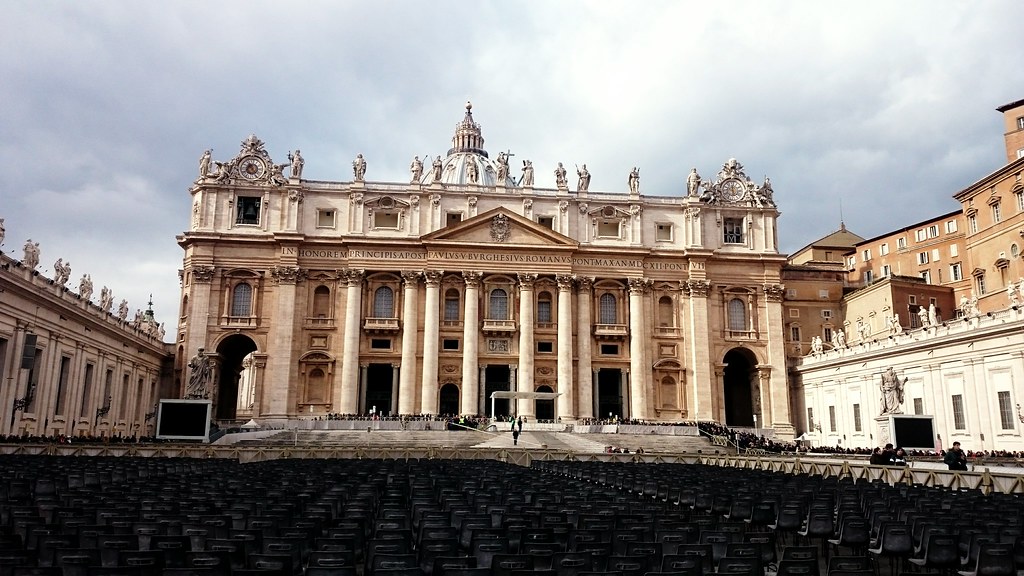 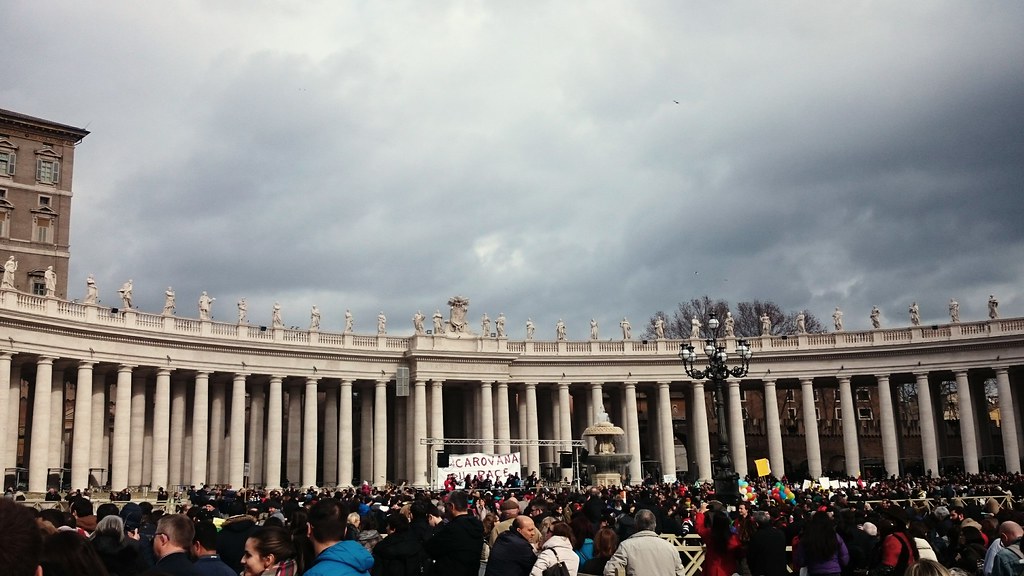 This trip’s band is Zu, an experimental band hailing from Rome and often defined as being a mix of dark jazz (whatever that might be~), math rock and noise. It’s definitely not an easy listen, but highly atmospheric and I’ve grown surprisingly fond of it.

Calling Rome a living, breathing open-air museum is certainly no overstatement. One might wander for hours through the historical center’s alleys and side streets and still discover new beautiful sightings and hidden surprises.

Italian food is famous across the world and rightly so. Restaurants in the historical center are generally considered tourist traps, but just a few minutes of extra walking took us to great, affordable destinations.

Finally, and this is probably accountable for traveling out of season but despite being such a popular destination we’ve hardly ever felt overcrowded or had shady figures approaching us at touristic viewpoints, as we’ve experienced in places as London or Paris.

All in all, Rome ended up a perfect romantic city-trip destination and highly affordable even for the poor students amongst us! We spent four days, which felt fine enough, but we could’ve easily stayed longer and still discover plenty more.