After a long, stressful first semester exam-period, I spent my brief time off traveling to two completely opposite places I’ve been wanting to visit for a very long time: Rome, Italy and Iceland: one of the coldest winter destinations I could imagine, but a place of stunning natural beauty.

Over the past years, Iceland has gained somewhat of a reputation for its hipster population and excellent music scene (both true), but its true strength remains in its wild, barren landscapes: sceneries that often came over very alien to me.

What follows is our brief itinerary through this beautiful country, with plenty of eye-candy to go along with it.

Iceland, a volcanically active island close to the Arctic Circle, was first inhabited by in the 9th century by, traditionally claimed, vikings or Norwegian settlers. Most of present-day Icelandic culture finds its roots in its Scandinavian heritage, and even now is mostly famous for its medieval sagas and traditional literature and cuisine, as well as its language closely related to Old Norse.

As the icelandic plateau is one of the newest in the world, the surroundings closely resemble what our continents must’ve looked like millions of years ago. Agriculturally wise, almost everything is imported from countries as Canada, as the only native growths here are limited to bleak bushes.

Having only a few days off in-between my exams and the start of my next semester, my mom and I were very limited in our itinerary. Even more, neither of us had a driver license at this point, so we were forced to book several tours to show us around (a thing I generally dislike, but actually ended up really pleasant). We stayed several nights in Reykjavik as day-trips to iconic views were easiest to reach.

On our first proper day, we took a tour leading us through the Golden Circle, the most popular tourist route in Iceland. the host driving us around was an elderly man taking great pride in his viking roots and often talked of bygone farmer days and Icelandic folklore.

On our way to our first hallmark, we encountered these beauties: 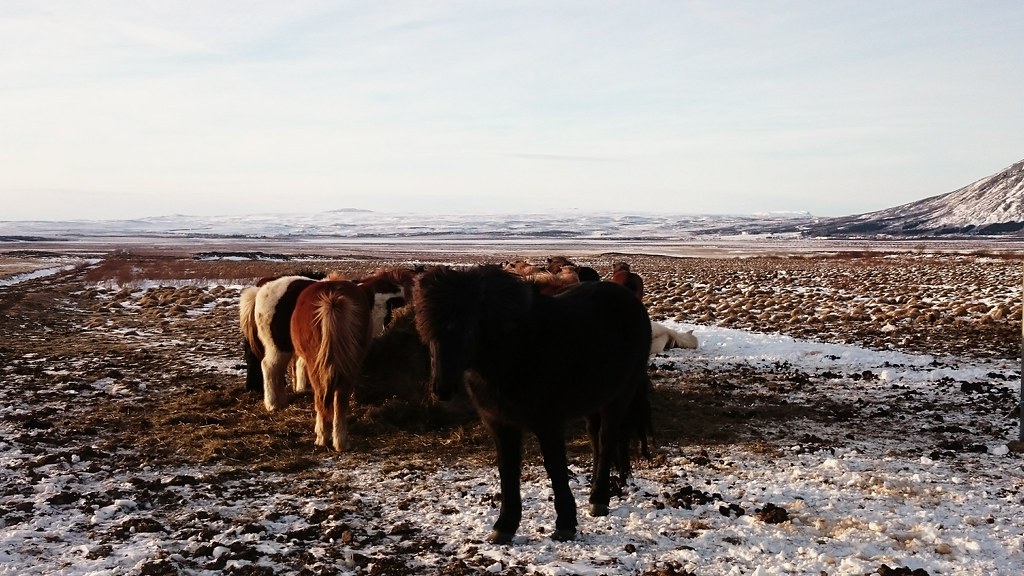 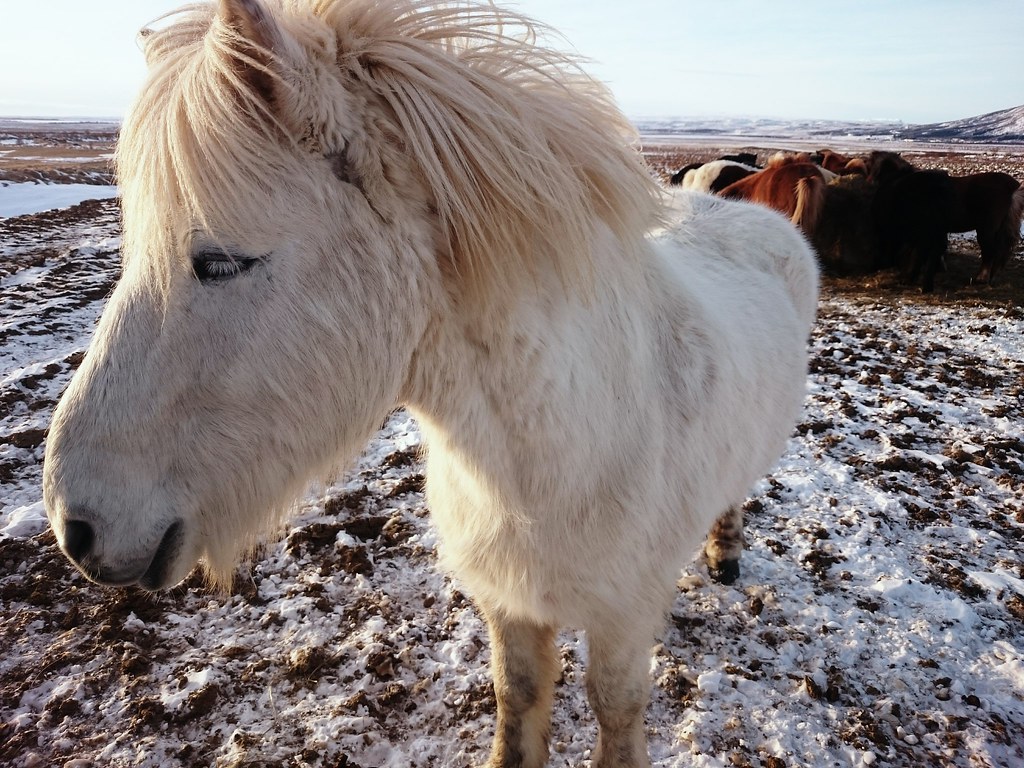 Geysir is the geyser the English word is derived from and erupts about every 10 minutes, hurling boiling water up to 70 meters in the air. 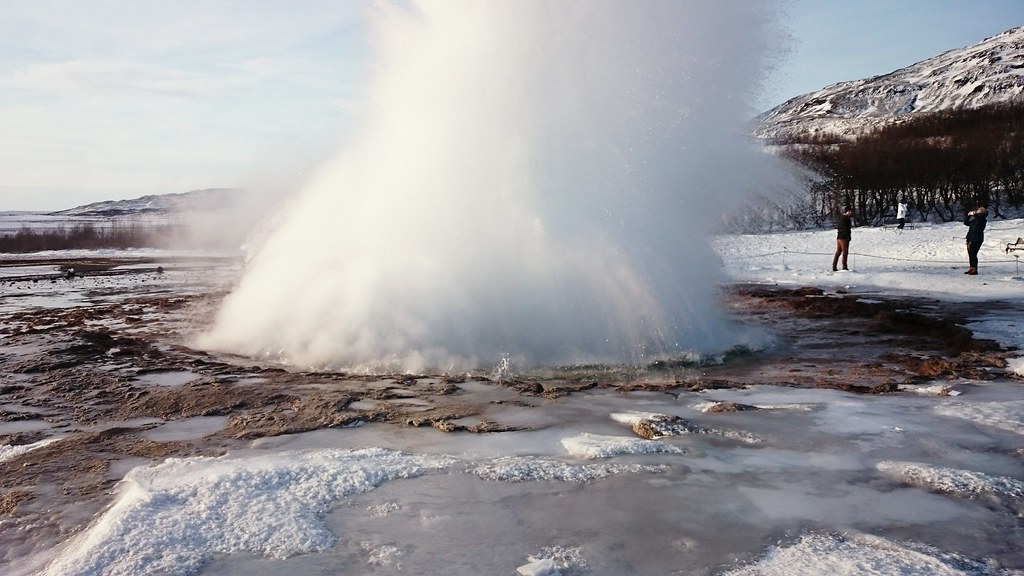 Gulfoss, Icelandic for “Golden Falls”, is an iconic waterfall located in the midst of a large canyon. 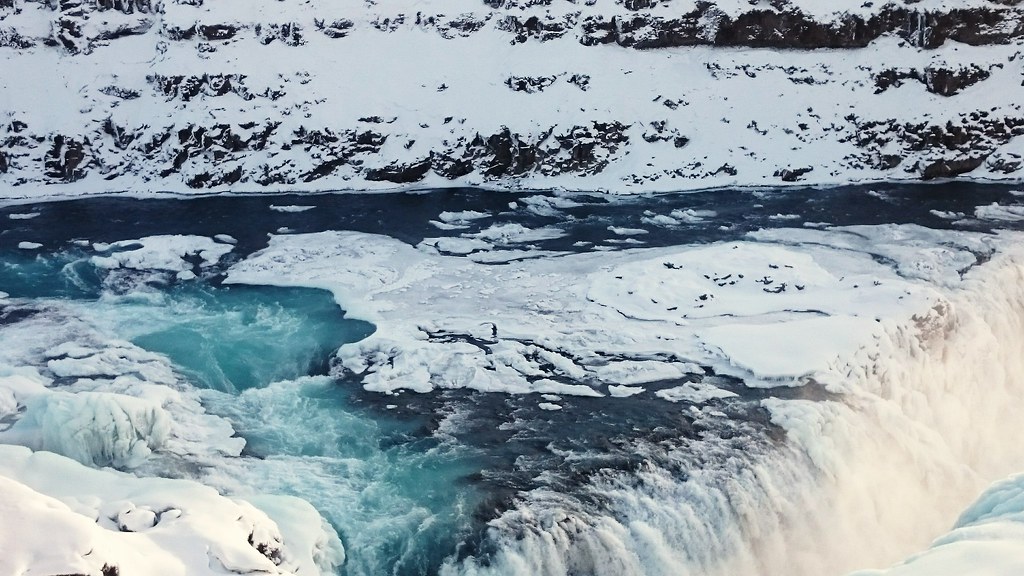 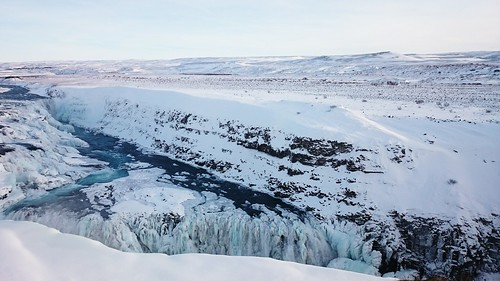 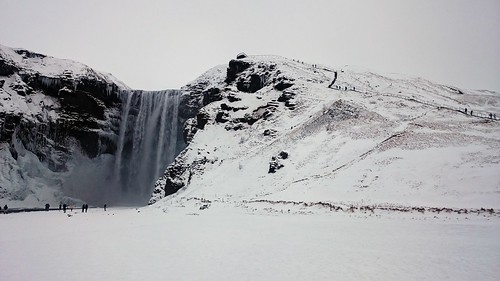 Thingvellir, a national mark in southwestern Iceland, lies in a valley known for its Althing, the national Parliament. It was established in 930 and is generally considered as the founding point of the Icelandic nation. It held sessions until 1798, and is thus one of the longest-running parliaments in the world.

In the evening, we took a bus to a more desolate spot outside of the city and waited for polar activity. We were extremely lucky to have a clear sky in this period (heavy snowstorms hit Iceland shortly before our arrival as well as on our last day) and after a few hours of waiting were graced with ghostly green shimmers dancing in the dark (excuse my attempt at sounding poetic). Alas my camera was not strong enough to record any of this, so you’ll just have to take my word for it’s magic. 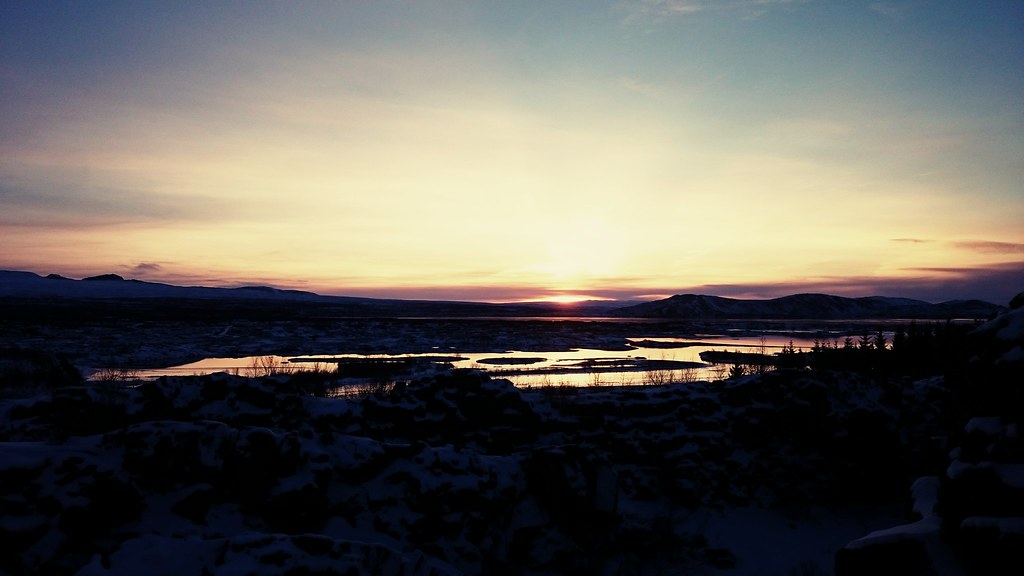 The next day, we took another tour driving us around several other landmarks, including the famous volcano Eyjafjallajokull which erupted in 2010. Our host, an extremely pragmatic man, felt no need to recite childhood memories and instead informed us on current-day issues such as the economic crisis, the political system and farmers’ daily lives. 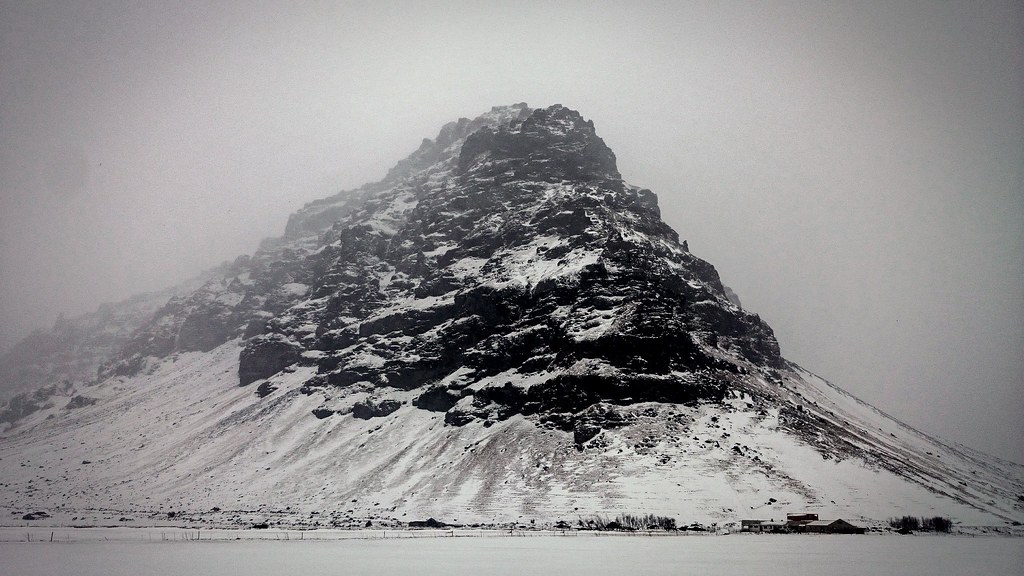 Fans of Game of Thrones might recognize Vatnajökull, the largest ice cap in Iceland, as a scene in the series’ second season. The barren surroundings contrasted strongly with the bright, blue reflection of the enormous mass of ice in front of us. 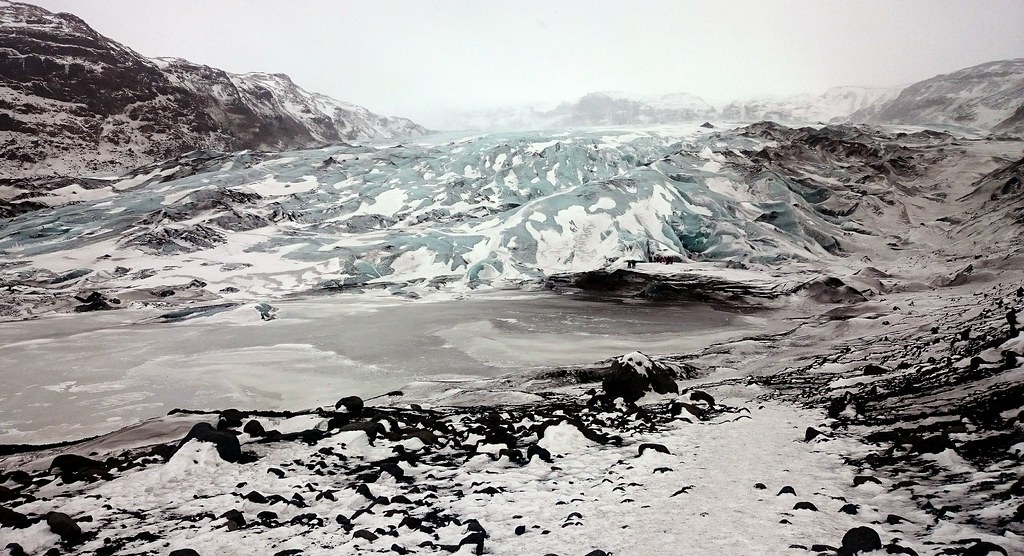 Our last stop was the Reynisfjara shore, a black pebble beach near an impressive cliff. A snowstorm hit us around this period and walking around was extremely difficult. 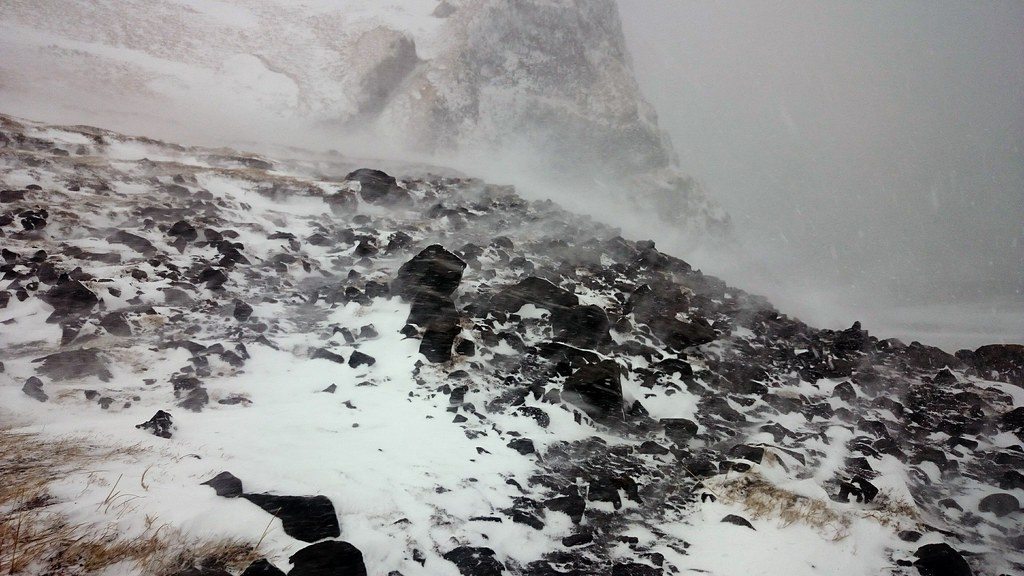 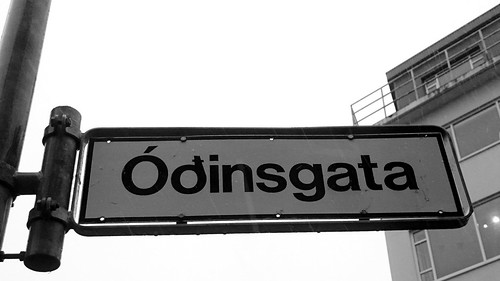 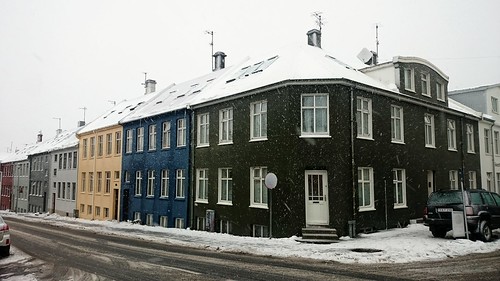 We spent one day walking around Iceland’s capital, a city with a population of around 130,000. Bearded men walk around wearing lumberjack shirts in the middle of the winter, and blend in well with the picturesque and colorful houses as well as the various boutiques and stores that could only be referred to as being hipster. 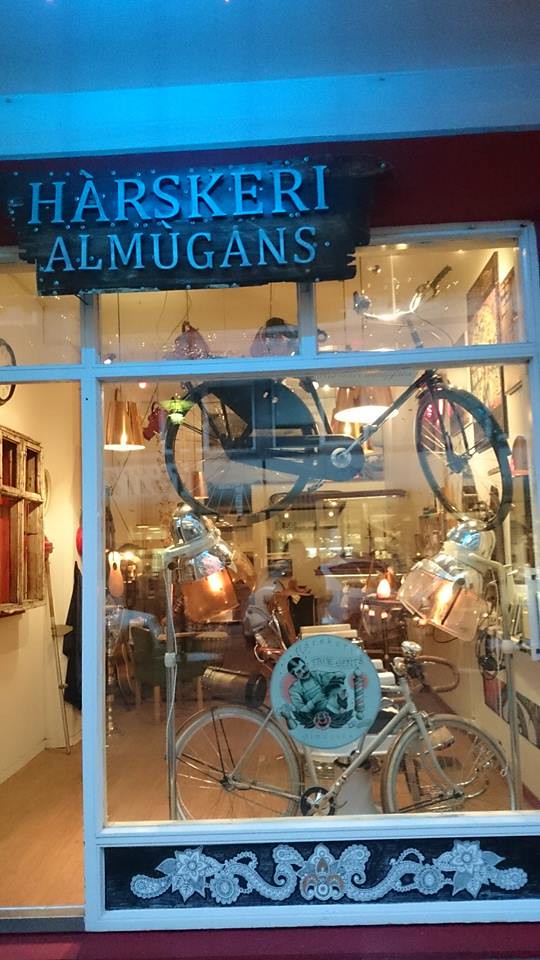 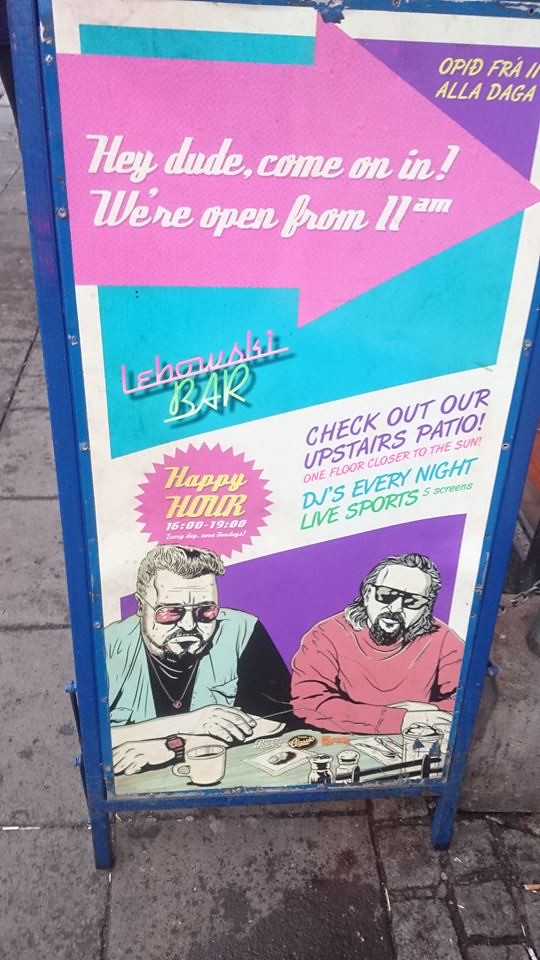 We visited spots as the Reykjavic Concert & Conference Center, known for it’s beautiful glass architecture, and the Church of Hallgrimur, the largest church in Iceland. 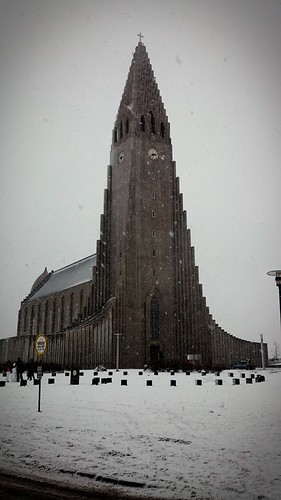 We had some great food and shopping around this place, but by the time we were ready to depart to our final destination, another heavy snowstorm made its appearance. Thanks to a kind by-passer we reached our bus-stop in time for a drive to Kevlavik, a small village close by the airport. As our airplane left quite early the next morning, we felt it’d be safest to spend our night nearby.

Unfortunately, our bus stop was pretty far from our actual destination, and as Kevlavik was formed around and out-of-use military base, nothing really stood out as bed & breakfast kind of place. By this time, the storm reached a peak with winds reading over 80 kilometers per hour, and walking through either 30 centimeters of snow or slippery ice made this an impossible mission, especially since we were all by ourselves. At one point we were literally clinging to the pole of a traffic light for 10 minutes until a car passing by was kind enough to give us a ride to our B&B. Safe to say, we didn’t go out again for sightseeing.

When traveling, I make it a habit of finding good music by listening to local radio-stations or asking recommendations to people I meet in hostels or bars - It’s my own personal souvenir and sticks better as regular touristic souvenirs.

Despite a relatively small population, Iceland (particularly Reykjavik) is well known for having an excellent music scene, with such world-class acts as Bjork, Sigur Ros and Of Monsters and Men. I came across this trip’s band, Kiasmos, while visiting a bookstore and swiftly fell in love with the duo’s experimental, almost drone-like ambient electronica.

One of the duo’s members, Ólafur Arnalds, has already built a name for himself mixing his classical piano background with electronica and is definitely one to remember as well!

It’s a shame we had such a short stay, as Iceland came over as a beautiful country unlike any other, with a rich and fascinating history and splendid alien-like landmarks. Our personal biggest drawbacks were a lack of money and driving licenses; I would definitely return if neither of these formed a problem.